Designed for versatility and immediate use, CaptoGlove does not require a special prepared area, or any additional hardware/software such as external cameras, specific games or costly gaming PCs.

Capacitive fingers will allow using your smart devices without the need to take off CaptoGlove.

Completely washable after removal of the sensors. Pockets and loops inside CaptoGlove will help you replace them.

Connects to devices via Bluetooth Low Energy (BTLE) 4.0 allowing for 24 hours of continuous gaming or use.

Fully compatible with any Windows PC.

CaptoGlove® comes with a suite of customization software that is available for PCs and will be coming soon for iOS & Android. SDKs for Unity3D and Unreal 4 SDKs have been released. 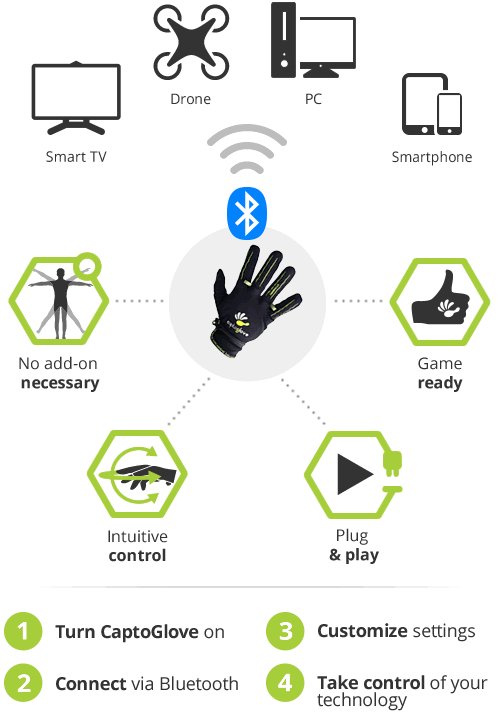 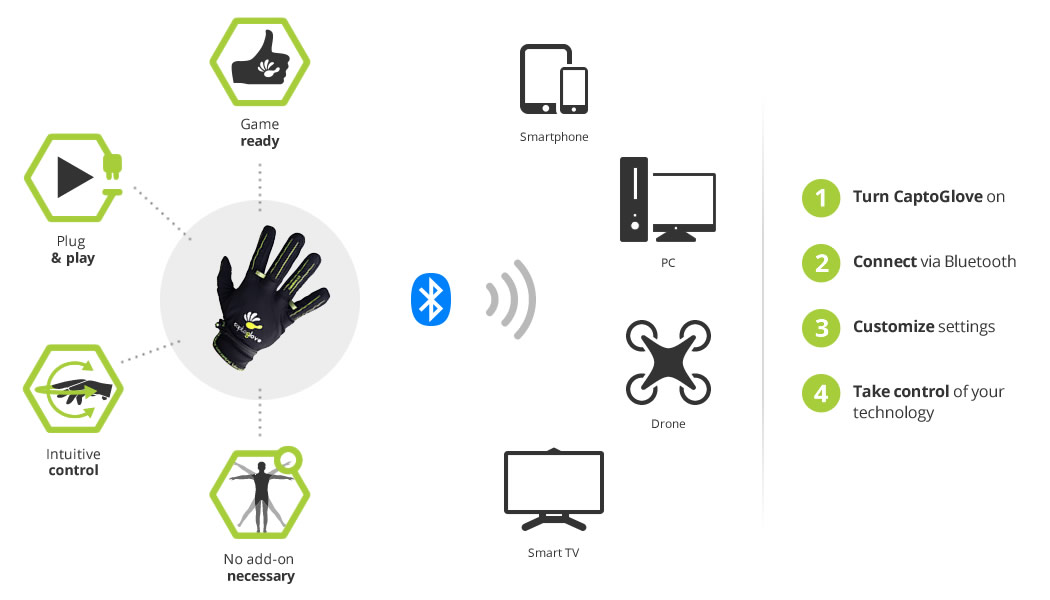