Now that it’s all said and done it’s easy to see that E3 2017 just wasn’t a huge showing for VR hardware. Microsoft didn’t even mention VR at all during the reveal of the Xbox One X even though executives have suggested the system will still support it.

That said, we did try out some really cool stuff located around the Los Angeles Convention Center. 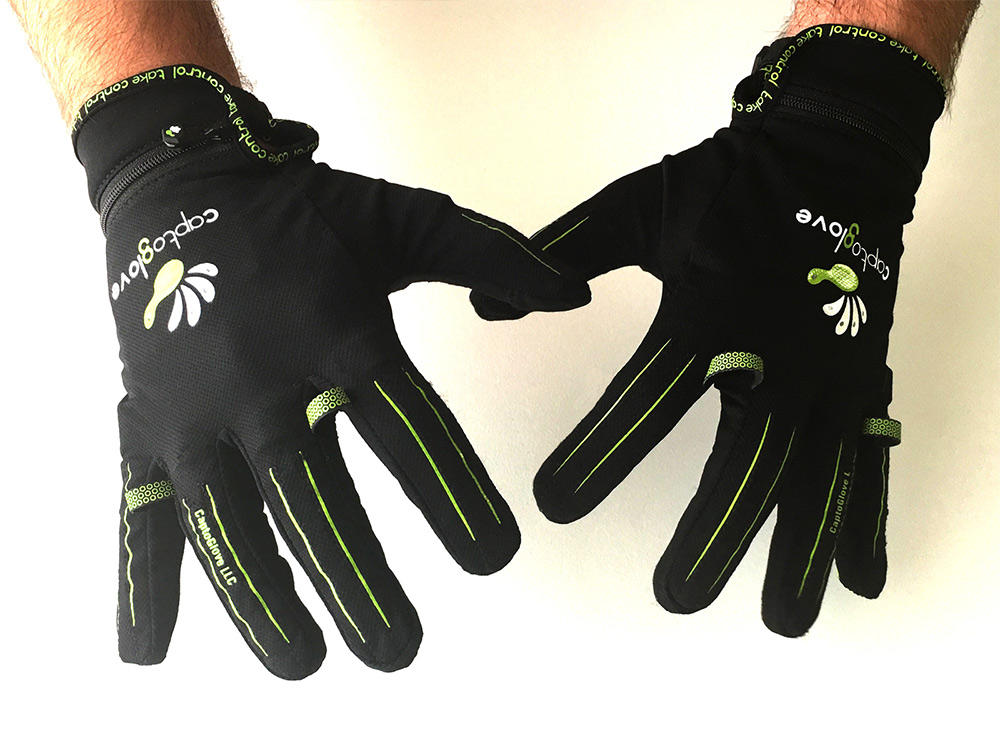 The CaptoGlove was quickly funded when it started its funding campaign on Kickstarter and it is easy to see why.

The wearable allows users to interact with hand gestures, it is low profile, it is comfortable, and it is incredibly functional with many customization options across VR and non-VR experiences. You can use one or two gloves to control movement, actions (including shooting), and driving with inputs measured across the entirety of your hands and we got a chance to try it while piloting a military helicopter.

The simulation took place in DCS World, a grueling simulation experience, so the chopper flew realistically and responded to even the most subtle movements. Once I got my bearings with the glove, which I was wearing while mimicking the action of holding a helicopter’s control stick, I flew closer to the ground and between buildings. The accuracy and response time allowed me to maneuver deftly, an impressive feat in DCS World for sure. The creators of the tool have plans to add haptic sensors to the base glove in the future, so we could be witnessing an affordable and functional new step for immersive input in VR.

CaptoGlove® was first created as a health rehabilitation tool for patients recovering from strokes, but has since evolved into a wearable hand machine interface for gaming and smart devices.

Any cookies that may not be particularly necessary for the website to function and is used specifically to collect user personal data via analytics, ads, other embedded contents are termed as non-necessary cookies. It is mandatory to procure user consent prior to running these cookies on your website.